Explore new worlds in Prophecy of Magic: a collection of over twenty urban fantasy and paranormal romance novels curated especially for the genre's biggest fans!

These stories include all of your favorite mystical creatures, from gods and angels, to vampires and fae, to shifters, demons, witches, gargoyles, and more! With so much magic involved...what could possibly go wrong?

Including the newest release in the Avalisse Ross Mystery series written by Bella Emy and myself.

ETERNALLY YOURS - Take a bite of pleasure and pain

Prophecy of Magic will captivate fans from the Chilling Adventures of Sabrina to American Gods.

Don't miss the chance to hold magic in your hand. One-click your copy today!

Historical Romance with a Twist

An opinionated tomboy must navigate the dangers of society, unaware her brother's killer is lurking in her midst.

When her brother's ship sinks off the coast of France, Miss Samantha Hastings surrenders her quiet, country life to manage his affairs. Suddenly thrust into society, Samantha faces an unfamiliar world and the unnerving green eyes of Lord Westwood-her brother's best friend and her new guardian.

Benjamin, Lord Westwood, never intended on following through with his rash promise to act as guardian to Edward's bratty little sister. Upon learning of his best friend's death, Benjamin's intention was to marry her off to the first acceptable suitor. When he finds himself falling for Samantha instead, Benjamin alights upon the perfect plan; a marriage of convenience.

The plan, however, quickly unravels when they discover Edward's disappearance was due to foul play. Now, Samantha is in more danger than either of them realized and Benjamin is running out of time. Can he save the woman he loves or will murder ruin his perfect plan?

If you enjoy the mystery and intrigue of Amanda Quick and Lisa Kleypas, dive into this spellbinding series filled with history, romance, and suspense.

With Love from London - new release

Voyages of the Heart

Every city around the world has its own charming allure and its secrets. In this Voyage, each destination will offer love, passion, laughter, healing, and even heartbreak, all perfectly crafted for you one page at a time. Pack your luggage and join the authors in these Voyages of the Heart. 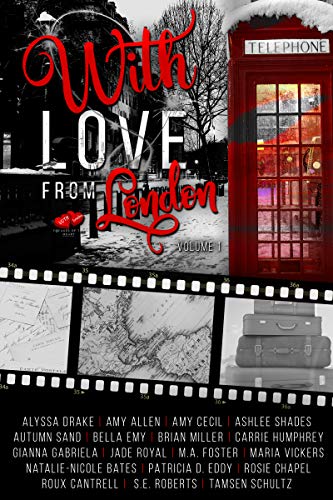 With Love From London

When the smoke clears, romance fills the pages leading you straight into the worlds created by VOTH’s authors. The sights are unknown and mysteries will be revealed with each turn of the page. The only promise, on this voyage of love, is that we’ve sealed each story with a kiss of passion that will entice you to come back for more. Bring your passport and enjoy the guided tour as London paves its way into your hearts.

Time is running out!

Hot Hookups, Forbidden Trysts, and the sizzling romance you crave…

Illicit: A Contemporary Romance Collection - on sale for 99 cents

Don’t miss your chance to snag this collection of tantalizing novels, where the stories run from sexy to downright scandalous!

Over 20 illicit romances with the sexy heroes and strong heroines you crave! Lose Yourself in the world of hot hookups, where the stories run from sexy to downright scandalous and the characters will leave you breathless. In these pages, you’ll find tantalizing romance, rekindled flames, and forbidden trysts. From confident military men and suave billionaires to bad boy players, hot alphas, and more, you’re sure to find the illicit romance of your fantasies burning up these pages! These powerful, exciting men will keep you up all night and daydreaming all day!

A steamy, contemporary suspense novel that will propel you into the ultimate 21st century hook up. All the exciting pleasures and passions of an affair, without any of the brutal consequences.

Welcome to Virtually Yours. Are you ready to unleash your wildest fantasies?

He slipped across the floor. A shadow hiding in the soft folds of the room’s heavy curtains, which lined the walls and rose to the ceiling like a black forest of velvet. His stocking feet made no sound as he glided over the plush, deep red carpet. The color stretched halfway across the room and melted into the silvery hue of the company’s elegant logo. Virtually Yours, a notoriously exclusive dating club, which boasted all the pleasures and passion of an affair without the consequences.

He paused next to a black leather chair, halfway reclined in the center of the room. His thumb caressed the embroidered silver and pink emblem stitched into the headrest. Black nylon restraints, poised in stiff half-circles, waited impatiently for the next patron. The unusual precaution, a necessity after an unnamed–and well compensated–customer fractured their cheekbone during a particularly violent sexual encounter, prevented the participant from falling to the ground during ecstasy. He smirked. The very same automated safety restraint system also prevented the person from escaping.

His fingers trailed lightly down one of the leather arms, stroking the supple material. Memories flooded his mind; her body writhing beneath him, blood trailing from the corner of her lips and dripping seductively down her soft skin–a crimson river of death–and the screaming… Desire coursed through his veins.

Caressing the arm, his fingertips brushed over tiny gouge marks that were dug into the underside of the arm; little half-moon shapes of anguish. Savannah. How she shrieked with pleasure… and with pain. His only regret was killing her too quickly. This time would be different. This time he would draw out his ecstasy.

Travel back to the beginning

Teetering on the edge of spinsterhood, a woman discovers her fiancé has been hiding the truth about his identity… and hers. 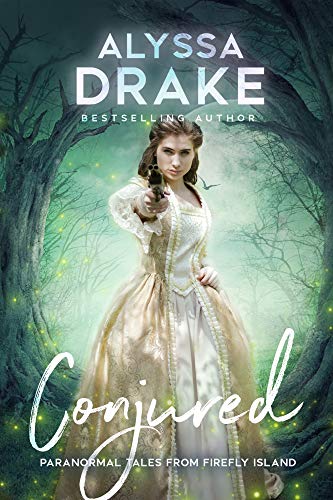 With her cousin on honeymoon and her aunt's matchmaking propensities now solely focused on her, Annabelle escapes to the cliffs of Firefly Island for solace. When her scarf is ripped from her neck by a gust of wind, Annabelle descends the dangerous cliff in search of the wayward cloth. Instead, she unearths an iridescent rock, half-buried in the beach below.

Tristan Farr was sent to Firefly Island for one purpose, to determine if Annabelle Scott was the missing daughter of the Draper clan and bring her forward to his time period. He did not anticipate falling for her adventurous spirit. Unable to deny his instant attraction, he enters into negotiations for her hand, ignoring his true mission and putting them both in unimaginable danger.

However, when Annabelle and the mysterious rock are abducted, a sinister plot emerges, one which will destroy the budding relationship. Once Annabelle’s true ancestry is revealed, she is left with a heartbreaking decision: hide in the past or step forward into the future.

Intrigue, fantasy, and passion are infused in this bewitching tale which will lead you on an incredible adventure through time, reminiscent of Jude Deveraux and Diana Gabaldon. Travel back to the beginning in the fourth book of the Firefly Island series.

Are you ready to unleash your wildest fantasies?

When Detective Ava Ross catches her fiancé in a compromising position, she decides it is time to take out the trash. Newly single and heartbroken, Ava’s best friend drags her to a private club, promising an intriguing new world of seduction; virtual reality. However, neither woman has any idea of the danger they have stepped into.

The discovery of a murdered socialite leads Detective Leo Alexander to the new club outside of town. The resemblances between this case and a previous one has him convinced a serial killer is responsible for the deaths of both women. However, Leo is worried, the killer has a favorite type, and they all look just like Ava.

Against Leo’s wishes, Ava volunteers to return to Virtually Yours to draw out the killer. Their plan works perfectly, except for one small hitch… how do you defend yourself when you are strapped to a chair?

A steamy, contemporary suspense novel that will propel you into the ultimate 21st century hook up. All the exciting pleasures and passions of an affair, without any of the brutal consequences.

Welcome to Virtually Yours. CLICK today to unleash your wildest fantasies.

Discover the cost of true love

A victim of obligation discovers the cost of true love:

Gabrielle wastes her days slogging away behind a desk, fending off the unwanted advances of her manager, and her nights spoon-feeding memories to her mother, a new resident of an assisted-living facility specializing in dementia.

The only high-point in her life is Luciano, the striking grandson of another patient, who suffers the same fate as she. When his grandmother dies, Luciano gives Gabrielle a farewell gift: an antique music box.

But the music box hides an evil curse–one which demands a unique sacrifice. Once the truth is revealed, Gabrielle must decide what–and who–she is willing to sacrifice for love.

Fans of Christine Feehan and Nora Roberts will be captivated by the third book in this haunting paranormal series. Click now and fall in love on Firefly Island!

On sale for a limited time - just 99 cents through the end of December.

Ready to be HEXED?

A witch without her powers must choose between a dangerous love

and a dark destiny.

ON SALE FOR A LIMITED TIME - (books2read.com/hexed)

When circumstances outside of Remy Vasile’s control bring her back to Firefly Island, the undeveloped witch doesn’t just find herself up against painful memories. This time, the island of secrets has thrown her into a perilous new world.

Sebastian Ayres’ blasé attitude and life of pleasurable pursuits is disrupted the moment Remy’s hand brushes his. Irresistibly drawn to his mate, Sebastian must undertake the daunting task of persuading her that he is not just any man, but the only man for her.

But unbeknownst to either, dark secrets, hidden since Remy’s birth, are about to be uncovered, and Remy will be confronted with a life-altering decision. Remy must decide if she will fight and risk her heart...or continue running from her destiny to save her life.

Reminiscent of Anne Rice and Charlaine Harris, Alyssa Drake's Firefly Island series will cast a seductive spell on you. Grab the book that readers are calling HARD TO PUT DOWN! One click today and get HEXED!

TIMELESS - fall in love with a gentleman

Some romance is simply… Timeless

Since our earliest of days, we have dreamed of being whisked away by a dashing and handsome man.

From men of nobility to those of power and stature, the men you'll meet in these stories know just how to sweep their leading ladies off their feet.

Curl up with this compilation of Historical and Regency Romances. These kind of love stories are… timeless. 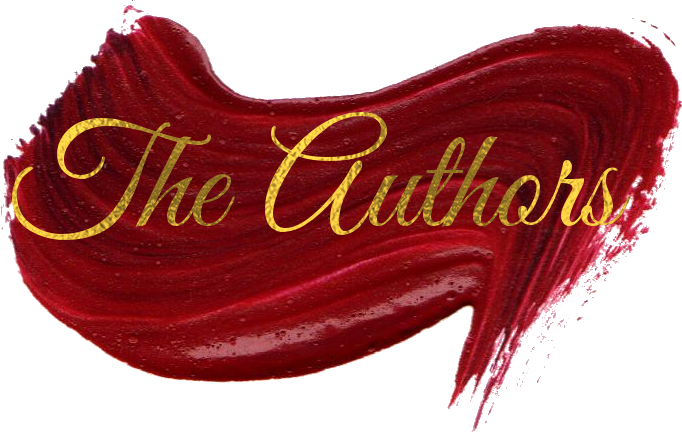 A mysterious rock, a secretive stranger, an instant attraction...

An Earl for Ellen by Catherine Bilson

Tamed by Love by Sandra Sookoo

Only when the heart finds its true match can the soul fly.

Falling for the enemy...

Weaved in Time by Lexi Ostrow

Passion flares and when a magical secret exposes a truth, complications arise and they'll have to decide: live together or live in their own century.

Does he love the girl she was…or the woman she has become? 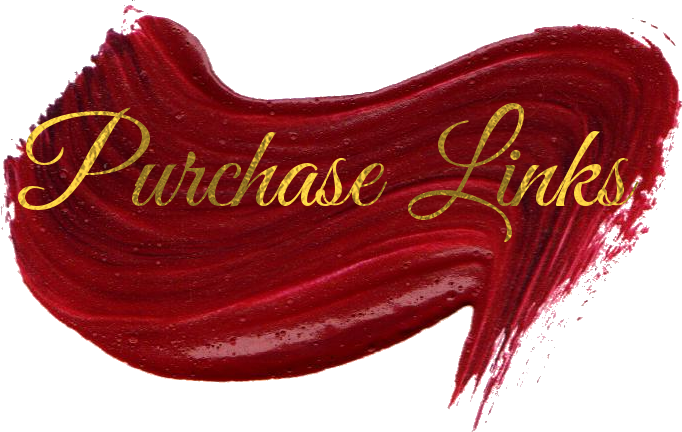 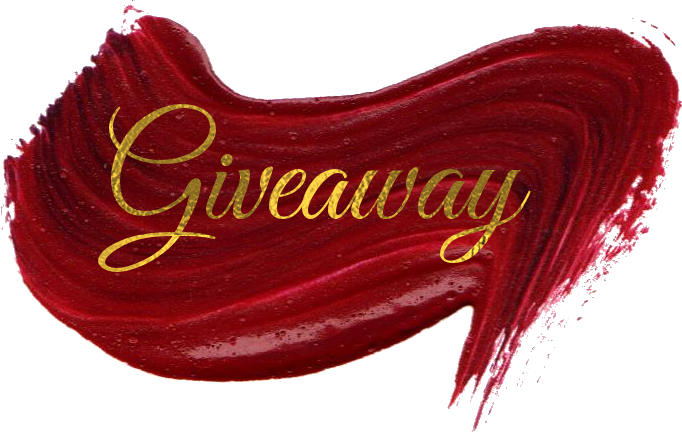