An interview with Emily EK Murdoch 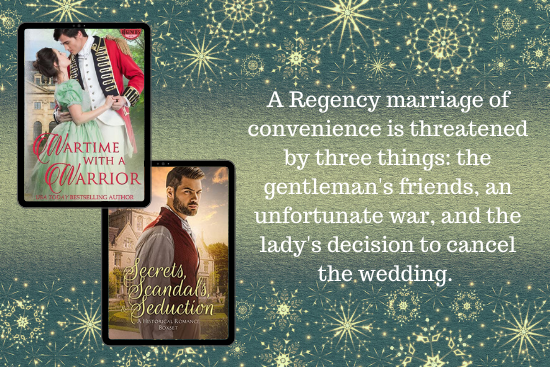 Dive into Wartime with a Warrior by Emily EK Murdoch, and fall in love with a hero.

Just one of sixteen historical romances available in the Secrets, Scandals, and Seduction boxed set.

One of my favorite tropes in historical romance is mistaken identity; thinking you are about to meet one person, and then meeting someone entirely different. It’s such a fun premise, and not one that I have written that often – so I thought this was the perfect opportunity.

I thought there was nothing more exciting and high stakes than mistaken identity during a war! The French and British have been at war so often, of course, so I chose a time that would tie into my Ravishing Regencies series.

War is such a tense and difficult time; you are already wondering who to trust, who to believe, concerned about your safety. So bringing in a little romance and mistaken identity seemed the perfect next step!

Barnaby Lewes, a British soldier, is waiting in an abandoned French manor house after arranging a secret rendezvous with his informant. Fred is late, and Barnaby is getting more and more concerned – but not half so concerned as he will be when Fred arrives…

That love is sometimes found in the most unexpected of places.

Erm…from birth?! My family love telling the story of when I was at nursery, so only about three or four years old, and I ‘made’ a book by demanding one of the nursery staff staple together some pages. I then ‘wrote’ using pens – just scribbles of course, but it was a sign of things to come!

Ooohhh…I would love to see the Northern Lights. I live just outside Bath, England, and sometimes if you go up to Scotland you can see them there – but so far, no luck.

I have an exciting new family saga historical romance series that will start coming out in Summer 2022, as well as a few surprise secret projects that I cannot announce yet. Make sure you’re following me online for future updates!